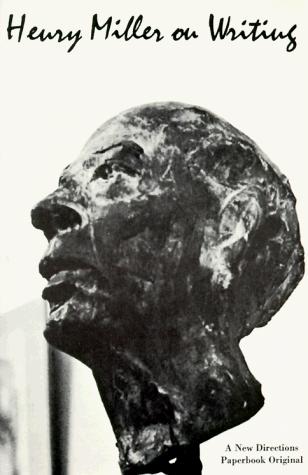 This is the first post in a series of books that have influenced my approach to writing.

I first encountered Miller via an online post of his “11 Commandments of Writing”. These commandments, found on page 161, include “Work on one thing at a time until finished”, “Don’t be nervous”, “Keep human! See people, go places, drink if you feel like it”, “Write first and always. Painting, music, friends, cinema, all these come afterwards”, and “Work with pleasure only.” Upon reading this list, I had to have the book. But Henry Miller on Writing was far out of print. So, weeks of digging later, I found an original 1964 edition and tore through it. My hunt did not disappoint. This is a slow memoir filled with reflections on the potential of writing. Miller gives writing the greatest challenge: to create new beings. The world is far in need of new thoughts from new minds of new beings. It is the work of writers to bring this about. Writing for writing sake, according to Miller, is needless. Whether right or wrong, Miller sees writing as not simply occupation but of a calling, if not a holy calling. Without ever raising religious connotations, there is a deep sense of sacredness towards the craft Miller describes. We are, as writers, called to create great works. And what are great works? “A great work of art, if it accomplishes anything, serves to remind us, or let us say to set us dreaming, of all that is fluid and intangible. Which is to say, the universe.” (23) 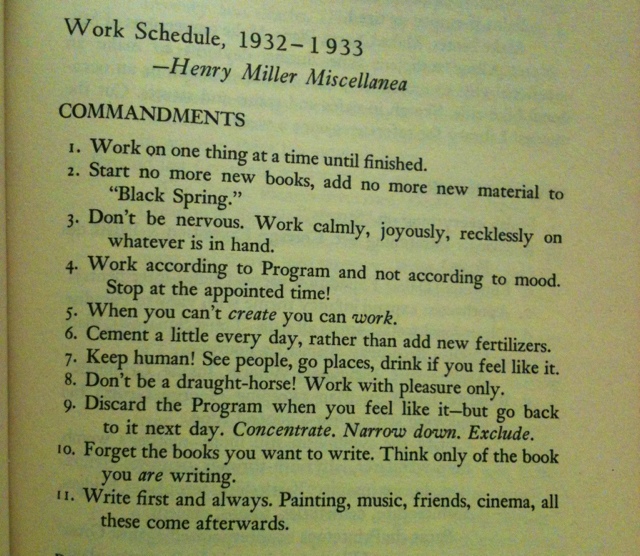