Sneak Peek at the Cover Artwork for YOUNG GODS Book I 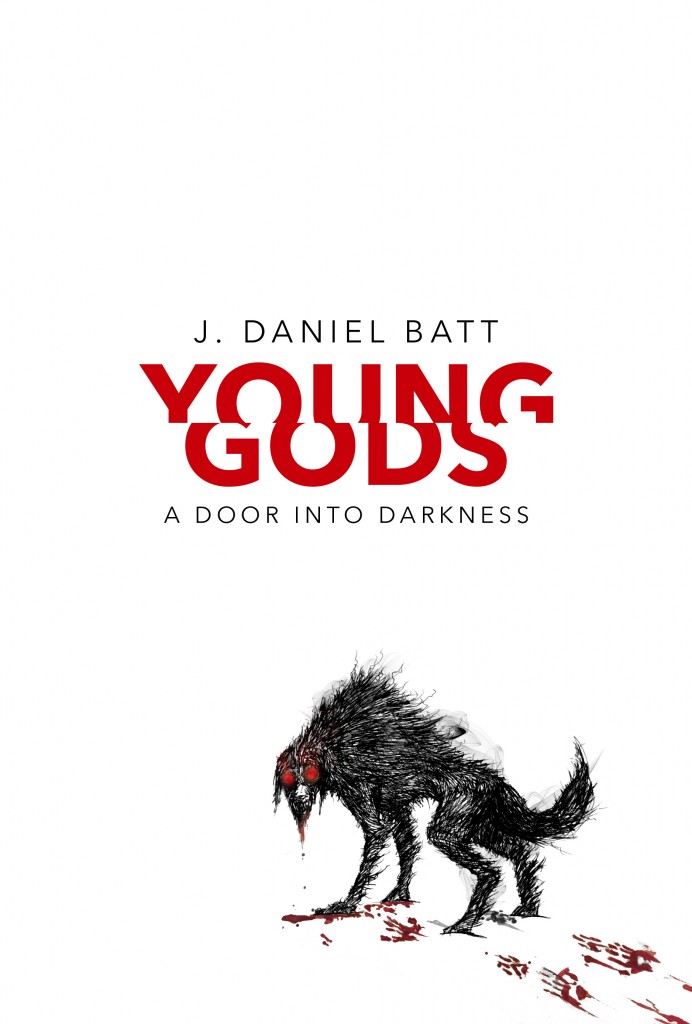 Here’s a sneak peek of the cover artwork for my next novel YOUNG GODS by Realmwalker Publishing Group​ with artwork by Seth Roswell Penn​. James Drake​ is the mastermind producing this. A quick shout out to the first person to read it (and edit it): J. Scott Wilson​ – huge thanks! And thanks to Jaym Gates​ for passing the manuscript on to James and Realmwalker! Excited to be apart of this team!

What is Young Gods about? It’s a young adult end-of-the-world tale framed in a modern retelling of Little Red Riding Hood against a mix of Celtic and Norse mythology and JudeoChristian supernatural hierarchy and eschatology (there’s an angel in there (who happens to have a penchant for fortune cookies)). It’s Buffy the Vampire Slayer meets Scooby Doo with a tiny bit of Cujo thrown in.

The back copy is:
15-year-old Tryal is surrounded by weirdness: his brother talks to spiders, his girlfriend hears voices from the future, the boy across the street walks on water, and his best friend is Death herself. He’s the odd, talentless one in the group but that’s okay with him because he’s a coward. It’s a strange (but, so far, safe) life for Tryal. But his world comes to an end the night Death, terrified, begs him to shelter a little girl named Hood. Even worse, Death forgot to tell him about the Cinders, shadow wolves with eyes of flames, pursuing the girl. And a crazed duo (imagine Laurel and Hardy as supernatural serial killers) that have made Tryal their target. To solve the mystery that is Hood, and protect her, Tryal will face his own paralyzing fear and risk the lives of his closest friends. He’ll discover there’s a power lying deep inside himself, unknown to even him, that the creatures chasing them want to use for their own needs. And it’s the very reason Death has chosen him from the beginning of their friendship.

All that to say, I’m a bit geeked for this moment!