The Final Frames of the Eldrisil 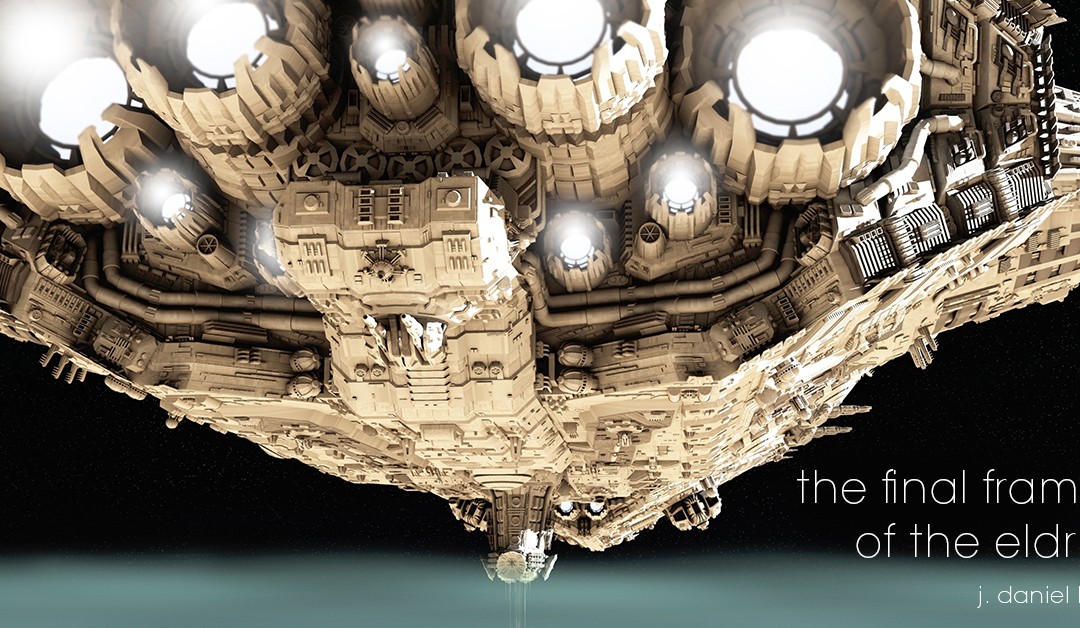 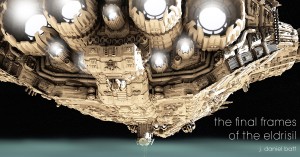 Now on Perihelion: The Final Frames of the Eldrisil. This is a flash fiction piece that happens in the course of a single fragment of a second across a starship as it encounters a new obstacle in its exploration of the cosmos.

ACROSS THE DISCOVERY SHIP Eldrisil, there are 1,232 active cameras. The cameras record everything in front of them: sight, sound, memory, and thought. On the drive where the cameras dump their data, there are 1,232 single frames stamped with the timecode 17:23:52:22. 1,232 instances of a single moment. 1,232 final frames.

Camera 1117 shows nineteen-year-old private Michael Tinser burrowed into the access hatch on level 18, spot-checking a wiring short. His foot hangs in mid-tap, a song he had heard as he walked past the mess-hall now playing through his headphones. He can’t understand the words—only the line, “Katie be mine.” At least, he thinks it’s saying “Katie be mine.” He hasn’t heard the alarm nor the pounding rush of the crew racing through the hallway a few feet away.

The corridor is packed with running crew members. Camera 209 is aimed too high, the ceiling taking up half of the frame. The faces that can be seen are frightened, determined, or confused. This is a scientific mission. Alarms are rare. Their routines are scheduled and rarely disturbed. Camera 209 is scheduled to be fixed the next day by Michael Tinser. It was to be the first item on his list.