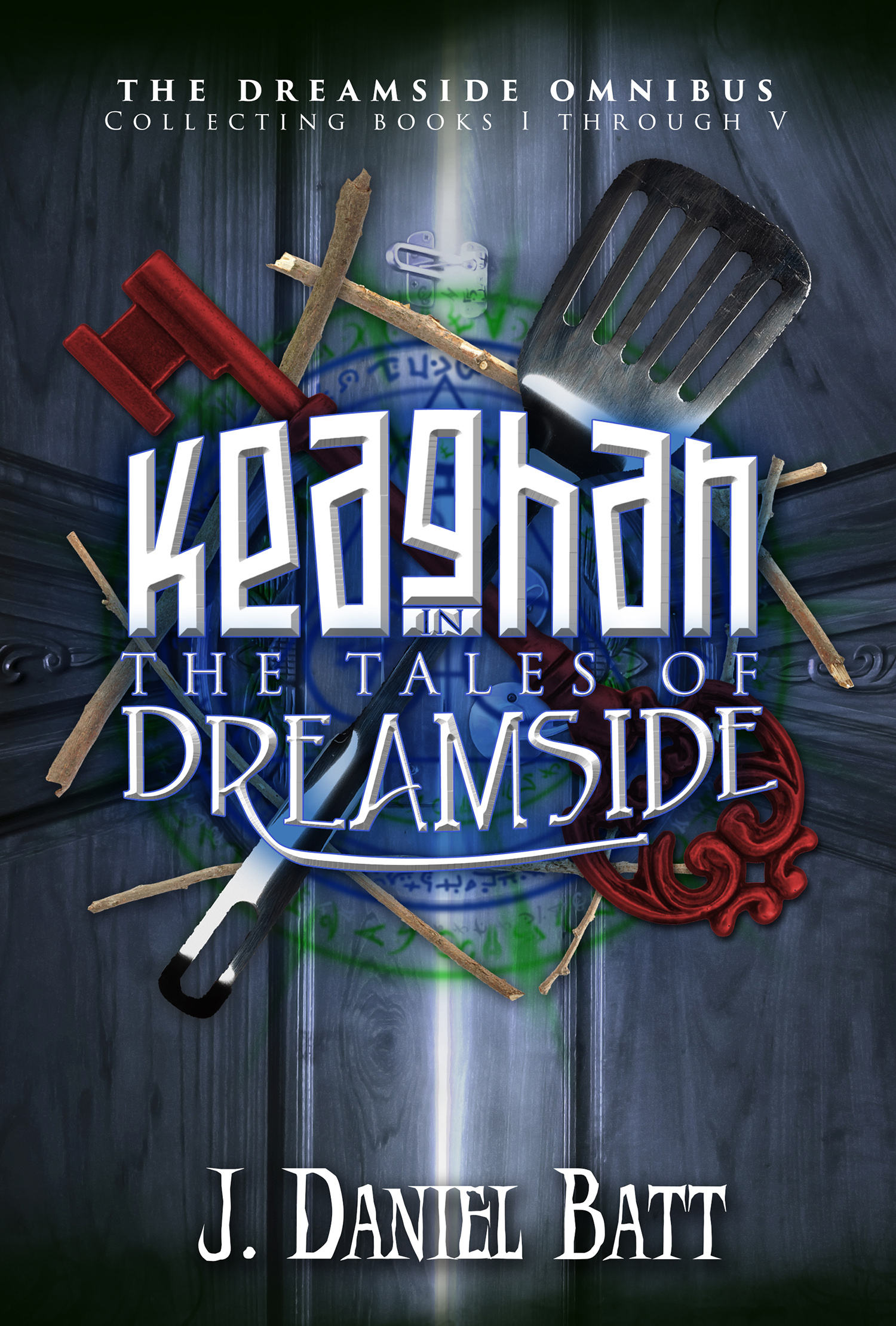 Pre-orders are now available for the mid-grade fantasy series, The Tales of Dreamside by J. Daniel Batt, to be released on March 1st, 2016.

The Tales of Dreamside, comprised of 5 parts, tells the store of the young boy, Keaghan, who discovers a hidden dream world within his home.

“There is world of adventure just a dream away. There is more to your home than what you’ve seen. There is a place you have never stepped foot in. Your home has an outside, an inside, and a side you didn’t know existed: Dreamside. If you have a very healthy dose of curiosity and courage, you might be able to find it. In fact, on an afternoon not too many days ago, a young boy named Keaghan discovered the way in.

This is the story of Keaghan and his adventures in Dreamside, a strange world of twisting hallways, a labyrinth just beyond the walls (and through and between) of every home. Keaghan must journey to the Heart of Dream, over the Sea of Teeth, through the dark and deadly Blether House, into the House of No, through Overside and Underside, and more wonderful and frightening places in a race to to stop the invading Cra-gin and their horde of ravaging Tomsi. Can Keaghan save his home, his Dreamside, and all of reality? Can Keaghan unlock the mystery that is the Boy at the End and prevent the destruction of the Tree of Dream? And can Keaghan do all this when every one of his friends have fallen in the Dream War and left him alone?“

PRAISE FOR PART I: KEAGHAN IN DREAMSIDE
“As someone who has spent the majority of her life working in one form or fashion with elementary aged kids, I am always on the lookout for books that this particular age group would find intriguing and keep them turning the pages. Upon finishing Keaghan in Dreamside, I realized that this was one of those types of books: a book with an engaging main character, fully imagined and realized world, and an adventure (and who doesn’t love a good adventure?).”
http://ahandfulofconfetti.wordpress.com/ – Merin Reviews

“This was the cutest story, very imaginative, elaborate, and with the right dose of mystery and lesson, delivered in an easy-to-read and entertaining format. My first reaction to the book was that it was too short, I wanted it to go on for a little bit longer. But after I finished it and had the time to ponder about it, I realized that everything that needed to be said was said in the allegory and there was nothing left to complete; my wanting to read more was a testament to how much I liked the story and how eager I was to read more about these engaging characters, perhaps in another adventure.”
– Megan’s Blog

“I found this to be a very entertaining short story for children ages seven and up. A read alone book for about grade 4 and a read with a parent for below. Nicely written, easy to comprehend for young readers and with a good moral lesson, this is a book we recommend to parents.”
– Parent’s Little Black Book

A great series for both new and experienced readers of all ages, The Tales of Dreamside can either be purchased as five individual volumes, or as a singular omnibus edition. To preorder your ebooks, check out our listings on Amazon:

Keaghan in the Tales of Dreamside: The Dreamside Omnibus (all five volumes) $4.99

Keaghan Through the Dream Doors: Part 2 of The Tales of Dreamside $0.99

Keaghan In the Dream Mines: Part 3 of The Tales of Dreamside $0.99

Keaghan and the Dream Eaters Part: 4 of The Tales of Dreamside $0.99

Keaghan and the Dream War: Part 5 of The Tales of Dreamside $0.99